Physis® technology recreates the sound of a pipe organ through computer code. In the same way a physically modeled movie creates an ever changing picture, Physis® creates a three dimensional acoustic image of thousands of pipes simultaneously, and at speeds faster than the human mind can think. Through the use of complex internationally patented algorithms, Physis® calculates, the physics of a flue, reed or bourdon pipe. The result is a living organ, changing in real time, resembling the organ you prefer. A pipe can be looked at as a resonator. Like a flute or clarinet, air is what stimulates the pipe, ultimately producing a sound.

The Linux operating system has been chosen to support this new platform due to its incredible stability and flexibility. Thanks to this system, all Physis® driven devices and digital organs are able to integrate easily with the latest technologies.

The difference in sampled and physically modeled sound.

The touch of an organ is not always constant. Physis® Technology in Viscount organs has found a way to simulates the change in touch pressure needed as the organist adds additional stops. On a tracker pipe organ, as more stops are engaged, the keys become harder to press. This feature will satisfy even the most discriminating pipe organist. This feat has never been accomplished through any other technology. If you would like the organ to act as if it’s an electric-action, as opposed to a tracker, it can easily do this as well. To the average church organist, this organ will perform just as any other digital organ.

One physical phenomenon that could only be attributed to real pipe organs is the slight changes in air pressure based on very specific variables happening in real time. The varying air pressure not only affects the attack of the note, but also the tuning. These tuning changes are not random – they are based on the size and number of windchests.

For instance, one well-respected American pipe organ builder uses one single windchest to power all notes of the organ. This means that any change in air pressure will affect all divisions. When you hit a massive chord with many stops pulled out, you will notice a very brief dip in air pressure by the ever so slight tuning destabilization it causes. In a pipe organ with multiple windchests, the air pressure changes may be isolated to only certain divisions of the organ. With Physis®, you as the organist are empowered to not only determine how many windchests your organ are built on, but also on how strong the blowers are in handling air pressure changes. If you’re unsure about any of this, your qualified Viscount organ local dealer will make all of these custom adjustments for you.

While an organ’s windchests will play a major part into how the tone and tuning changes as it is played, the ensemble effect accounts for minute changes in tone and tuning take place when the air supply of the organ is stable. This is another small, but important, detail when it comes to the actual sound of an authentic pipe organ, and with Physis®, we’ve been sure to add it as a feature.

Our algorithm can implement the ensemble effect as it would occur with a fully-built, conventional organ, so you can offer the same sounds and get the same experience you’re used to.

As you know, when you play the same note twice or repeatedly on a pipe organ, the attack of that note is not the same. This is because when you play a note repeatedly and quickly, there is already air in the pipe, which creates a different sound against the inner walls of that rank than it would if there wasn’t any air at all. Older sampled sound technologies have at sometimes incorporated ‘random’ attack.

Unfortunately, the randomness is just that. The sampled sound organ does not determine how the attack should sound in real time based on what precisely the ORGANIST is playing or doing at that moment in time. It is only randomly selecting which attack sampled to play, which isn’t what happens in a real pipe organ.

Physis® Technology on the other hand does. 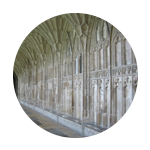 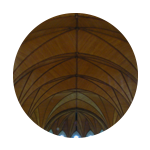 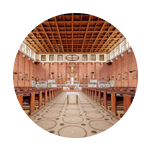 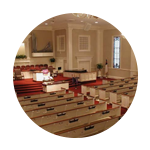 With Viscount’s Physis® Technology, you can do much more on your digital organ than just add reverb. Reverb can often times alter the sound of other digital organs so much, that it’s no longer believable in that space. With Physis® Room Modeling, the reverb is not an added effect. It is built into the code of the voice. This way the pipes know how to interact with one another in the same way they would in the environment you choose. For example, sound bounces off of wood very differently than it does off stone. Viscount’s Physis® Technology takes this into consideration. The humidity of a room is also a major determining factor in how the sound of the pipes interact with each other. Since Viscount’s room modeling for our digital organs isn’t just an effect, you can even tell Physis® to act as if the humidity in the room is low, medium, or high. This gives you the flexibility to create the acoustical environment with an incredible amount of flexibility. Now that you’ve had a chance to learn more about the technical aspects of Viscount’s Physis® Technology for our digital organs, you can finally pay attention to the most important aspect...the sound.