Did you know that you can experience the authentic sounds of the pipe organ using Viscount Organs’ Physis® software? And we’re not just talking about the generic pipe organ samples you’re used to. Instead, we’re talking about a sophisticated physical modeling technology that enables musicians to either add ranks to their existing pipe organ to achieve the sound and instrument of their dreams, or to even incorporate a pipe organ into a space that wouldn’t regularly be able to house one.

On this page, we’re going to break down what Physis® is, how it works, and how you can access it. Keep reading to learn more and contact us with any questions! 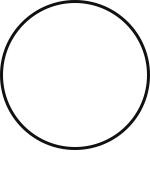 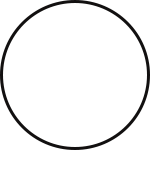 How Does Physis® Work? 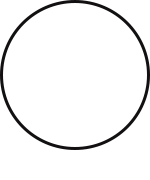 The short answer to this question is what we mentioned above — Physis® is a software that uses physically modeled pipe organ pipes to not only create an authentic-sounding digital or hybrid pipe organs, but it also provides the organist with the tactile experience that makes playing the pipe organ so exciting and unique. We’ll explain all of the incredible features of our Physis ® technology in a moment, but first we want to take a moment to explain the differences between our physically modeled pipe organ sounds and traditional pipe organ samples.

If you’re at all familiar with our Physis® software, you have likely heard us use this example before, but that’s just because it’s such an effective way to explain that overarching differences with our technology. Consider two visuals with the same subject: the first visual is a 2D drawing or even photo, and the second visual is a 3D-rendered model. Which is more detailed, interactive, and true to the physical embodiment of the visual’s subject?

While drawings and photographs are amazing forms of art, those mediums only capture one singular perspective of their subjects. A 3D model, on the other hand, enables the audience to experience every angle, feature, and minor detail of its subject.

Although this is, of course, a vast generalization of visual art, it’s helpful when conceptualizing the differences between standard sound samples and our physically modelled pipe organ sounds. Like a 2D image, a standard sample uses a singular audio asset for each note on your organ’s ranks. This results in something that sounds similar to a pipe organ, but it lacks the nuanced sounds that are inherent to the anatomy of a pipe organ.

Our Physis® physical sound modeling technology, on the other hand, renders authentic pipe organ sounds in real time, as you play! From simulating specific numbers of wind chests to accurately enacting the ensemble effect during a performance, Physis® has been meticulously crafted so it can replicate any type of pipe organ, in real time.

This is because with Physis®, each pipe is actually specifically rendered to the necessary specifications so it either matches the style and sound of your existing pipe organ pipes, or creates a brand new pipe organ sound that’s exactly to your liking. Then, as you play, our software computes how the rendered pipes would interact with the organist’s inputs, and produces sounds that account for all the micro-level changes in tone, pitch, attack, and so much more when organic pipe organs are played.

Now, let’s take a look at how Physis® works and those specific features that will breathe authenticity and life into your pipe organ. 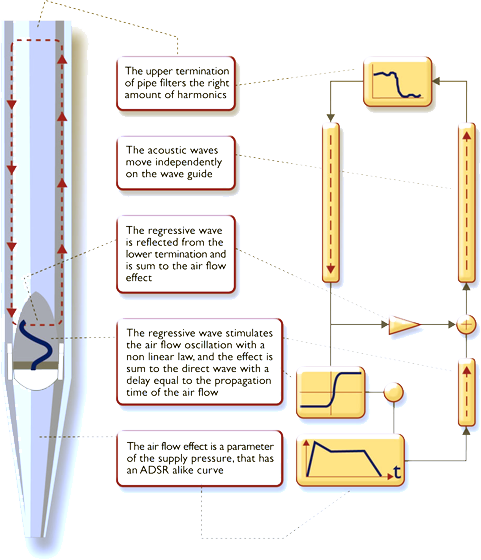 How Does Physis® Work?

With an idea of what Physis® is in the general sense, we can understand how it works. First, the physically-modeled pipes are digitally rendered to fit the nature of the specific instrument utilizing Physis®. From pipe diameter to the Eolian effect from aging and more, we’re able to program each pipe to literally sound exactly like a real, physical pipe organ pipe.

However, the rendered pipes are only the beginning with Physis®. Our program’s sophisticated algorithm reacts to the musician in real time to adjust the sounds being generated out of each rendered pipe. Remember, the pipe organ’s sound is attributed to so much more than just the pipes. From the number of wind chest to the valves a pipe organ uses, there are so many different variables that can change the sounds a pipe organ creates. And the thing is, Physis® replicates all of those features as you play.

Let’s take a look at some of the features Physis® offers to create authentic pipe organ sounds.

A pipe organ’s stops are not only essential to the design of a pipe organ, but also to the sound and playing experience associated with them. Amazingly, our Physis® technology Tracker Toucher feature is able to replicate the specific resistance a classic organist will expect from their instrument. If you don’t know, as you adjust the stops on an organ, it actually changes the amount of resistance that is required to press the key while playing.

Thus, when using the tracker toucher feature, changing the stops will actually affect the amount of resistance you need on your organ, whether you’ve added ranks to your existing organ or are going fully-digital. That said, if you’d prefer electric action or even the key resistance associated with digital church organs, Physis® can accommodate that too.

Your windchest legitimately makes all the difference to how your pipe organ sounds. The number and size of windchests you have affects the sound of and air pressure available to the instrument in a variety of ways, from affecting it’s overall tone to how your instrument sustains notes. This is because the windchests provide the air needed to create sound, so as the wind chests empty, it affects the amount of air moving through the pipes, and thus the tone.

When you’re using an instrument equipped with Physis®, the nuanced changes to notes being played are never randomly generated or predicted by the algorithm. Instead, they’re specifically generated as you play based on the number and size of the windchests it’s been programmed to have.

Even when air pressure is ‘stable’ as you are playing a pipe organ, there are still micro sized tuning changes happening in real time that give a real windblown pipe organ its unique and ever changing sound. Viscount’s Physis® Technology does this, in addition to your windchest configurations.

Thanks to the powerful processors, the sound of Viscount's digital organs created not through the common “sample” (digital recording), but instead by reconstructing the sound IN REAL TIME, through sophisticated algorithms. This process reproduces all the natural aspects of the sound right down to the smallest imperfections and irregularities. This is vitally important to give the sound its character, expression and warmth.

Attack is another important landmark of the pipe organ’s overall sound. The attack is essentially how the note comes in whenever it’s pressed by the musician. And in the pipe organ’s case, as you continually hit a note, the attack will vary slightly each time, again due to the instrument’s wind-powered anatomy.

Again, where other simulated pipe organs may advertise “varied attack” theirs is simply a randomized selection of samples they have on hand. With Physis®, the variable attack feature is interacting with artist input, the build of the organ in the program, and the other components that affect the instrument's tone and tuning. While it may seem like a minor detail, it’s important for staying authentic and keeping the true nature of the pipe organ’s sound intact

The last key feature we’re going to focus on today is the space modeling that is available with Physis®. As you likely know, the sound of an instrument — be it a pipe organ, voice, orchestra, or guitar — will be affected by the acoustics of the space it’s in. And, when it comes to a pipe organ, the instrument sounds different depending on the type of material a space is made of, whether it’s wood, stone, or something else.

With Physis® technology, you are able to model the space you’re in within the program, so it renders sounds accordingly and accurately. Currently, Physis® can model wood, brick, stone, or plaster acoustical environments, and it can be adjusted to low, medium, or high humidity, all in an effort to provide the most authentic and enjoyable sound, especially if you’re creating a hybrid organ by combining existing pipe organ pipes with a Viscount console.

There are many other sophisticated features that Physis® offers organ enthusiasts. To learn more, contact us or find a local dealer today

Currently, Physis® technology is a proprietary asset of Viscount Organs, and thus, only available in our organ consoles. That said, each of our individual pipe organ consoles is equipped with a specific format of Physis® modeling to create iconic, loved, and sought-after pipe organ sounds.

That said, because Physis® is such a complex and versatile software, it can be customized. While we are able to assist and customize the pipe organ’s sound for you, you’re also free to experiment with your instrument’s settings to experience the power and versatility of the software!

To learn more about each specific organ we offer, click the links below.

Over a Century of Expertise

Your Organ. Your Sound.

From large cathedral consoles to modest instruments perfect for the quintessential American country church, Viscount has the right organ, and at the right price.

Our sampled-sound based Viscount organ that beats all others in price & value for the money.

We hope that this has opened your eyes to what Physis® is and what it can do to create the pipe organ of your dreams. Physis®  is truly an exciting and historical advancement in the realm of pipe organ technology, and we’re humbled and proud to be able to share it with you. If you’re interested in experiencing the power of this technology for yourself, find the closest Viscount Organs dealer near you!

If you have any questions about our technology, organ consoles, or business don’t hesitate to contact our team today! We’ll be happy to help you in any way we can! Click the button below to call us directly, or fill out the form below and we’ll reach out to you shortly!

SUBMIT A QUESTION OR COMMENT
MANY COMMON QUESTIONS ARE ANSWERED ON OUR BLOG AND SUPPORT PAGES.

Only North American inquiries can be answered.